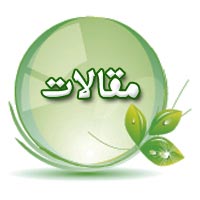 Abstract: Moghra territory is one of the most encouraging regions for watered farming and development
in the northern part of Western Desert. To achieve that development groundwater is considered
the most favorable tool. Geophysical survey in terms of geoelectrical resistivity sounding
has been conducted using the Schlumberger array – eleven vertical electrical soundings (VES’s) were
measured on the study area. The aim of this study was to investigate the hydrogeological condition
at the area under investigation.
Three geoelectric sections are prepared; each of them is composed of four units. The first layer
has resistivity ranging from 58 to 2029 ohm.m and thicknesses from 0.46 to 10.7 m characterizing
a gravely sand facies of Quaternary age (Pleistocene to Holocene). The second geoelectrical layer
has resistivity values ranging between 188 and 518 ohm.m which are comparatively high with various
depths varying between 14.7 and 25.8 m from Lower Miocene age. It is formed of sand and
gravel. The third geoelectrical layer is considered the aquifer for the area under investigation with
moderate electrical resistivity values (17–111 ohm.m) and could be recognized sometimes as the
most extreme depth of penetration. At the maximum depth of penetration of this area the lower
layer (fourth layer) was recognized with the highest electrical resistivity values (1227–8935 ohm.
m) of basaltic sheet (Precambrian age).
Structurally the study area is influenced by three faults two of them are geological/geoelectrical
faults forming a graben structure at the central part; the third fault is a geoelectrical fault and is
located to the west of the graben structure forming a horest structure.